Four suspects are under arrest after a store inside Yorkdale mall was allegedly robbed.

Toronto police say four teenage males wearing masks with hoods up entered the Rolex store and used a weapon to smash display cases before fleeing the scene through the parking lot.

Police previously reported shots had been fired after several witnesses reported hearing what sounded like gunshots but it was more likely the sound of a hammer breaking some of the display cases within the store.

A hammer was seized during the arrests.

Yorkdale Mall was in a hold and secure for just over an hour, but it has since been lifted.

It’s unknown if the four suspects in this robbery is related or connected to a string of pharmacy robberies in the west end of the city. 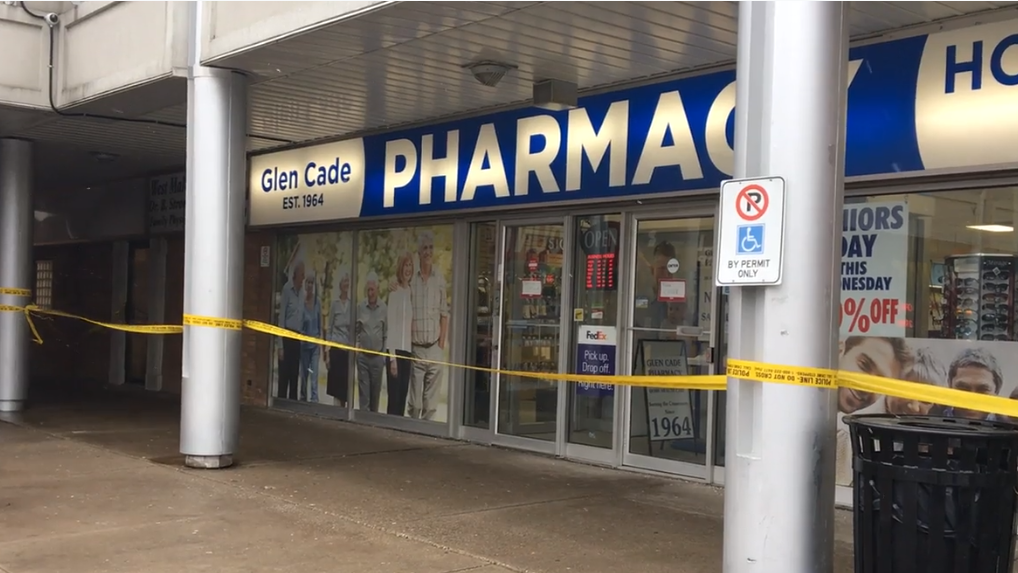 A woman in her 70s was assaulted and the suspects fled in a grey pick-up.

A pharmacy at Rexdale Commercial Centre Plaza was allegedly robbed of drugs and money soon after at 3:15 p.m. by a group of teenage males all wearing masks and hoods and brandishing weapons. An employee was assaulted and the suspects fled in a dark pick-up truck.

A third pharmacy at Elmhurst Plaza on Islington Avenue just north of Highway 401 was also held up by four young males at 4:10 p.m. All of them were said to be wearing ski masks and armed with guns. An employee was assaulted and the store was robbed of drugs and money. The suspects all fled in an unknown direction.

All three of the victim’s injuries are considered non-life-threatening.

One of the suspects has been taken into custody, but three others remain outstanding.

Toronto mayor apologizes for not…

No COVID-19 patients currently in…

How coronavirus pandemic has changed…

Quebec relies on hundreds of…

A panic situation: Canadians out…